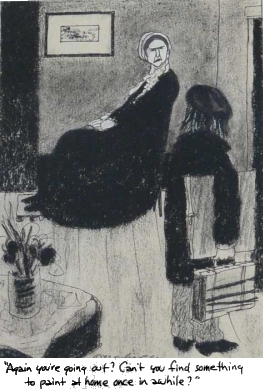 Surprise! I mean it. Many people think that controlling is power, they couldn’t be more wrong.
Power is trust, power is giving space to the talents or the strengths of the others, power is trusting that you deserve the respect of the others without terrorizing them.

One of the main cases where people try to control is parenthood. When the child is very little of course the parents have to control, because of safety and learning. But a teenager needs space to develop self-control, self-esteem and understanding of the world.

And you can see what happens when the “kids” are not kids any more, they are grownups or even old people. In many cases parents, and especially mothers, try to control everything, and mostly little details. It’s not strange to see someone who is famous, powerful, has a Nobel prize or rules the world, and his mama will find the details to make him/her feel small, clumsy, useless and careless, like a not straight tie, the way he/she eats, cooks, drives, walks, stands or talks to his/her grand grandchildren ;-)

I believe that the last 100 years or so have been too hard for parents and especially for mothers. In many cases parents who were poor, illiterate or naïve, raised children who became powerful, wise, and full of knowledge. They felt small in front of their own creation. And the reason I say especially mothers, is because the older mothers didn’t go to schools or stopped early, didn’t develop free thinking because they were not allowed, so they feel lost in a world of strength, created by them.

So if you mother and/or your father still makes you feel stupid, weak, small or clumsy, understand them and forgive them. It’s the only way to stop this tradition in your family, which can be a small but important contribution to a freethinking world. And if it’s you who do it to your children, understand and forgive yourself and stop it now. Trust that you children can take care of themselves and that they have the right to have their own experiences.